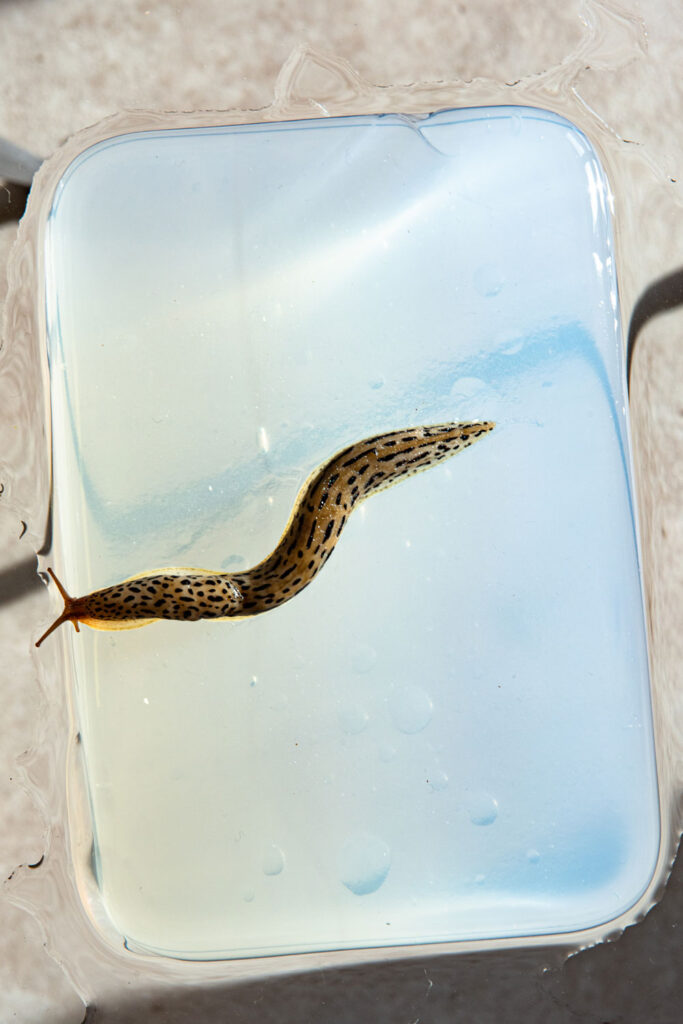 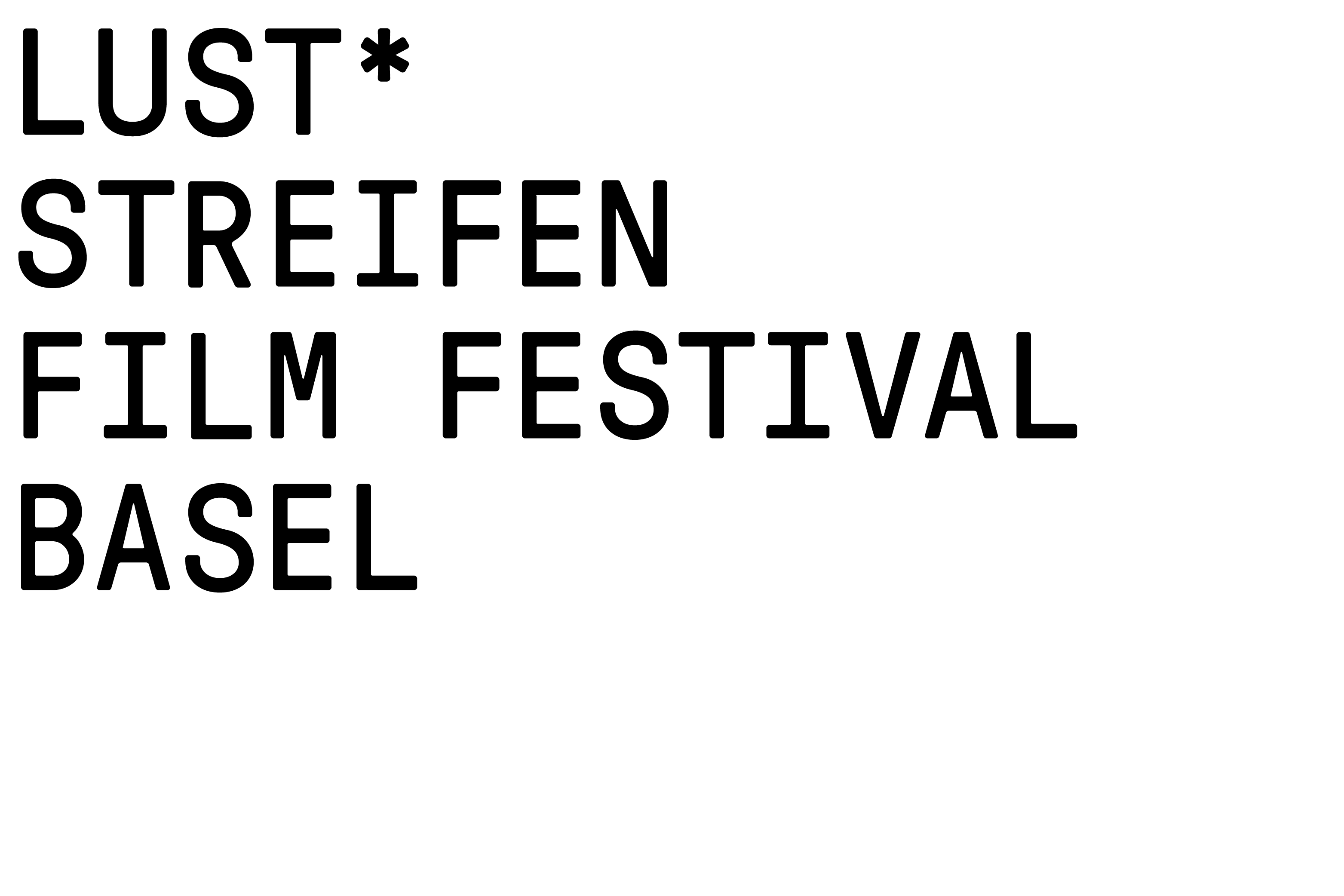 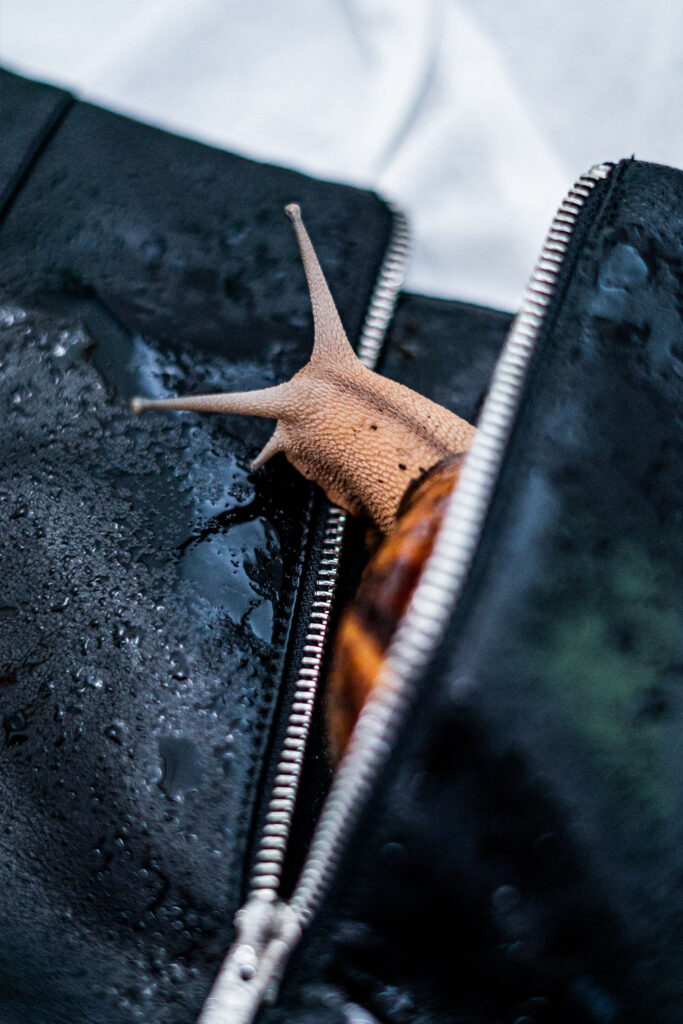 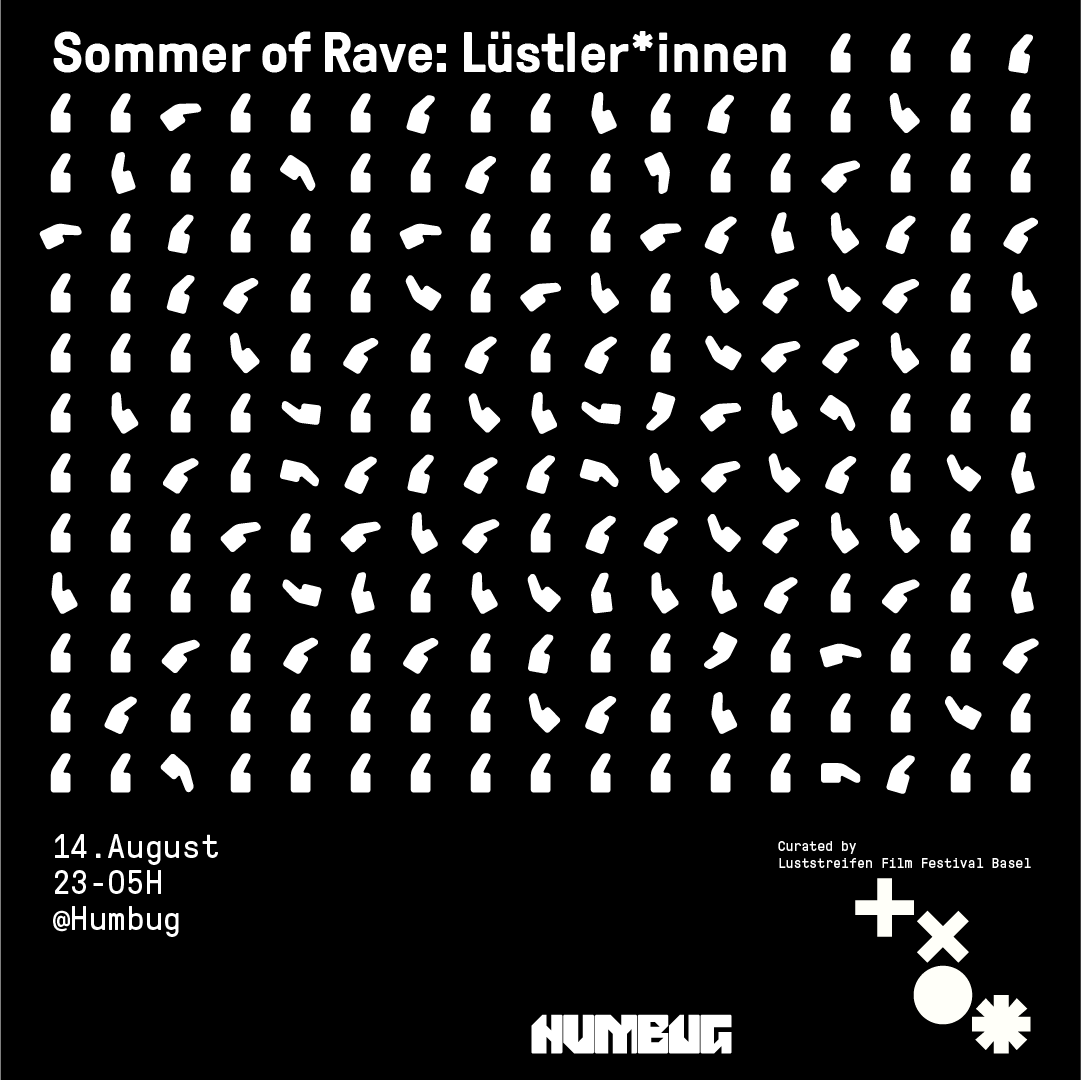 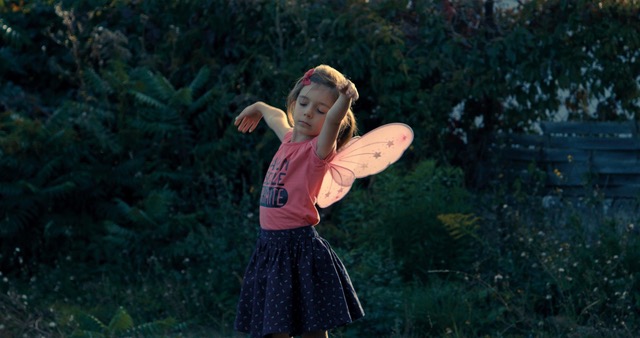 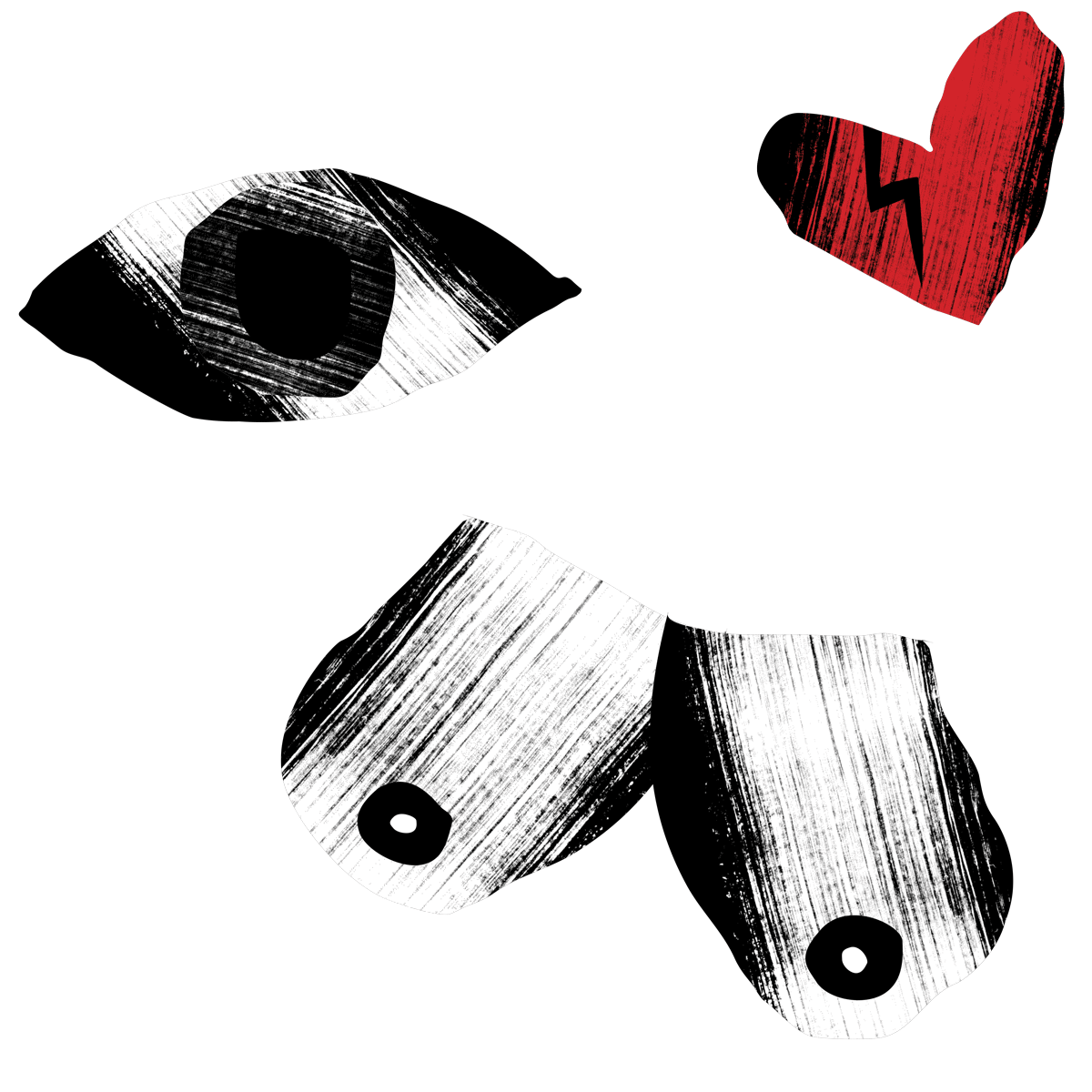 Lust*Art showcases queer Art (by Swiss artists) and aims to create a safe space by giving all forms of dreams, desires, lifestyles, love languages, fluidity, sex and body positivity, intersectionality etc. a platform to be seen and heard.

This can be: Photography, Installations, Writing, Painting, Sculpture, GIFs, Illustration, Audio, Performance etc. with a focus on the topic consent. Or whatever feels like an enthusiastic yes to you.

Send your concept and portfolio (if available) to: produktion@luststreifen.com

We are interested in any kind of short film that is queer, radical, feminist, political, revolutionary, sex-positive, provocative, critical, experimental, animated, artistic, innovative or progressive.

English subtitles are required for all non-English or non-German films.For the film viewing we only accept digital copies.

You can submit your film from the 1st of April until the 31st of May on filmfreeway.

We are a safer space – be aware!

At our festival we support a «Safer Space Policy». By a conscious and empathetic contact with each other we want to avoid attacks, discrimination and the crossing of boundaries of any kind. We are all aware of our responsibilities and are called upon to work for a safer space where everyone is welcome.

At Luststreifen, our visitors are not discriminated against on the basis of sexual orientation, gender, skin colour, nationality, class or body. How and where an assault begins is always determined by the person affected.

We want all persons, especially genderqueers, non-binary and trans* people, to feel safe, comfortable and free at the festival. Let us excercise our own actions and conversations together in a consensual, respectful and supportive way, respecting the limits of others. Only a yes is a yes!

Pictures and videos will be taken at the festival. If you don’t want to be photographed, contact the person taking the picture. If you want us to remove an image from our website or social media channels. please contact medien@luststreifen.com directly.

“I don’t only protect myself, but also others!

The Luststreifen Film Festival stands for inclusion and acceptance in all areas of life. This year even more so: We want to make it possible for everyone to visit our events. For this reason, some guidelines have to be followed. “I don’t only protect myself, but also others!”

Let’s have a Quickie!

Introducing: This year’s Quickie Luststreifen Film Festival from 3 to 4 October 2020. The current circumstances do not allow us to hold the festival as usual. The limited number of people, the safety concept, our locations – the Luststreifen as we know it is simply not feasible this year. For these reasons we have decided to present the festival as a Quickie. A weekend with online ticket sales, a dense side event programme, short films and a handful of film gems. It will be short but intense. Because: The virus is not gone, better safe than sorry. So get your tickets online, follow our safety concept and take care of each other. 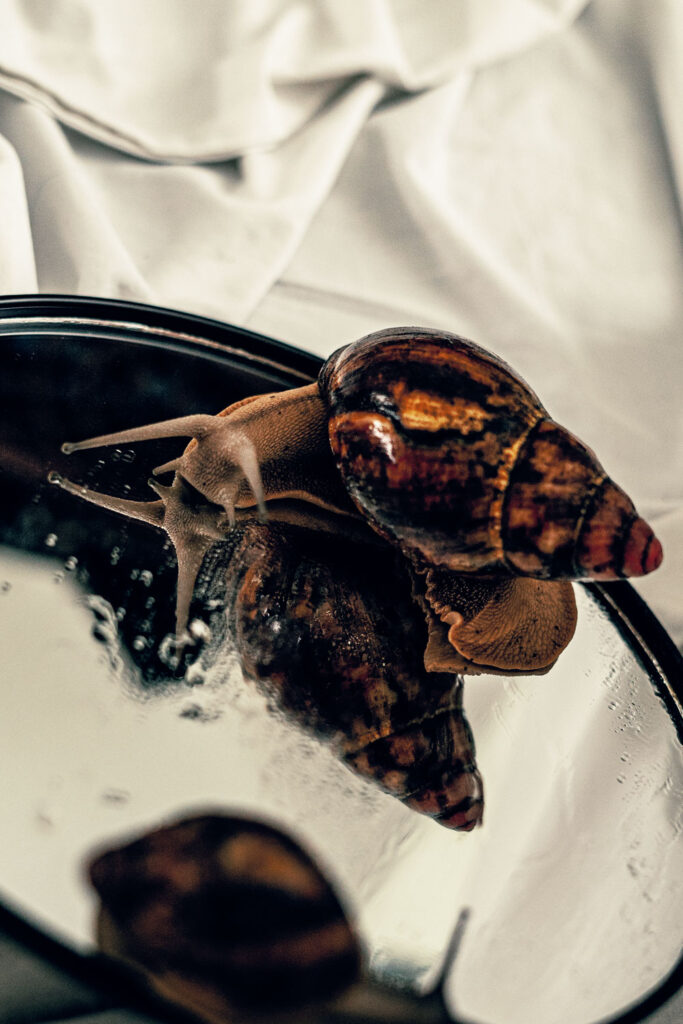 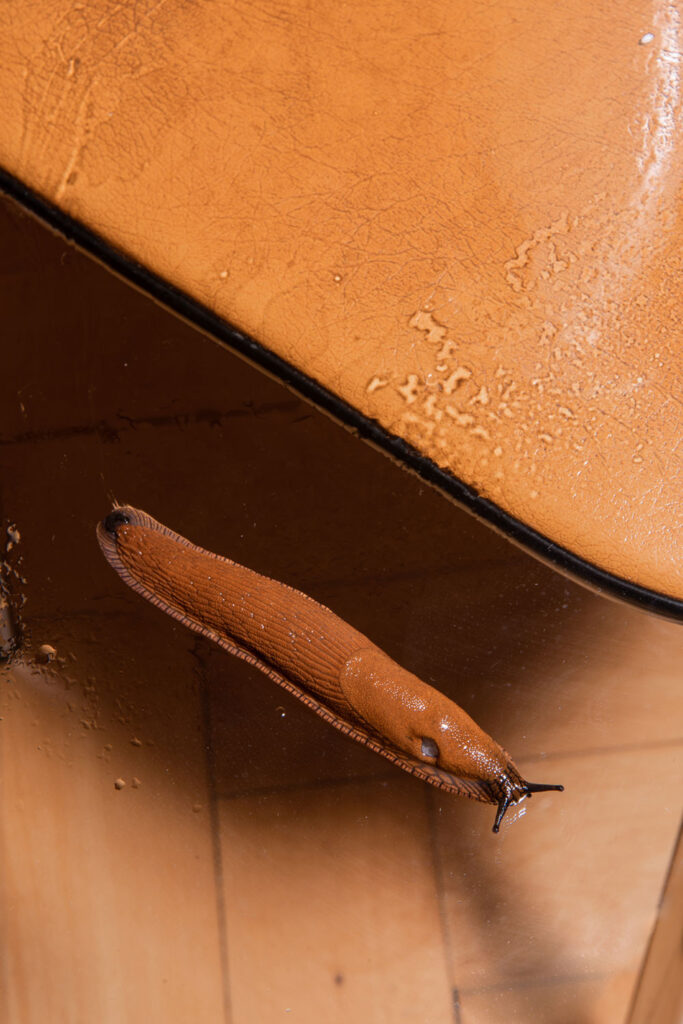 Mariama Balde is a Lausanne based filmmaker and film critic. She has directed several short-films presented at national and international festivals.
Before stepping behind the camera, she reviewed numerous films, published articles discussing the Swiss film industry and led more than a hundred interviews with filmmakers, actors and producers from all around the globe. Her writing has also appeared in die WOZ, le Courrier, Filmbulletin, Indiewire and several other outlets.
She holds a bachelor’s degree in cinema from ECAL (Lausanne School of Art & Design).

Delphine Luchetta is a visual artist, videographer, photographer and media producer who lives and works in Geneva. She has worked with many artists and cultural organisations such as Iris Gallarotti, MAMCO, Cie 7273, Mapping Festival.
Trained as a screenwriter and in post-production (analogue, digital) she is the founder of Susu-prod, a production company active since 2002, specialised in developing documentaries, fictions and interactive video projects. With a long experience as a technical crew member on short films, she is also versed in journalism, having interviewed personalities such as Isabelle Carré, Billy Gould and Vincent Cassel.
In 2017, she joined the team of Ressources Urbaines, a cultural and real estate coop in Geneva, which offers affordable production, exchange and diffusion spaces to artists and creators.
Acting as community manager and animator, she creates photos, videos, texts, sounds clips and interviews to produce portraits, news clips and announcements to both promote and archive the coop’s activities.

Sina Früh is artistic co-director of the queer film festival Pink Apple. Previously she worked as a storyteller for letsmuseeum at the Kunsthaus Zürich and as a freelance project manager and presenter. In addition to her work in the cultural sector, she is a singer, theatre actor and is currently completing further training as a secondary school teacher. She studied English literature, film studies and gender studies.

Philipp Gurtner is a self-taught artist whose creative work revolves around classical-figurative painting with modern and abstract elements and is presented in a contemporary manner. Philipp explores the romantic, nostalgic and sensual as well as the dark sides of life: nihilism, existentialism, longing and loneliness, which are contrasted with fragile and impressionistic beauty. Although he is a figurative painter, his focus is always on the emotional content and not on narrative or exuberant abstraction. The atmospheres in his sculptural, illustrative and painterly works are often depicted in a dream-like state with elements of realism, surrealism, idealism and impressionism. 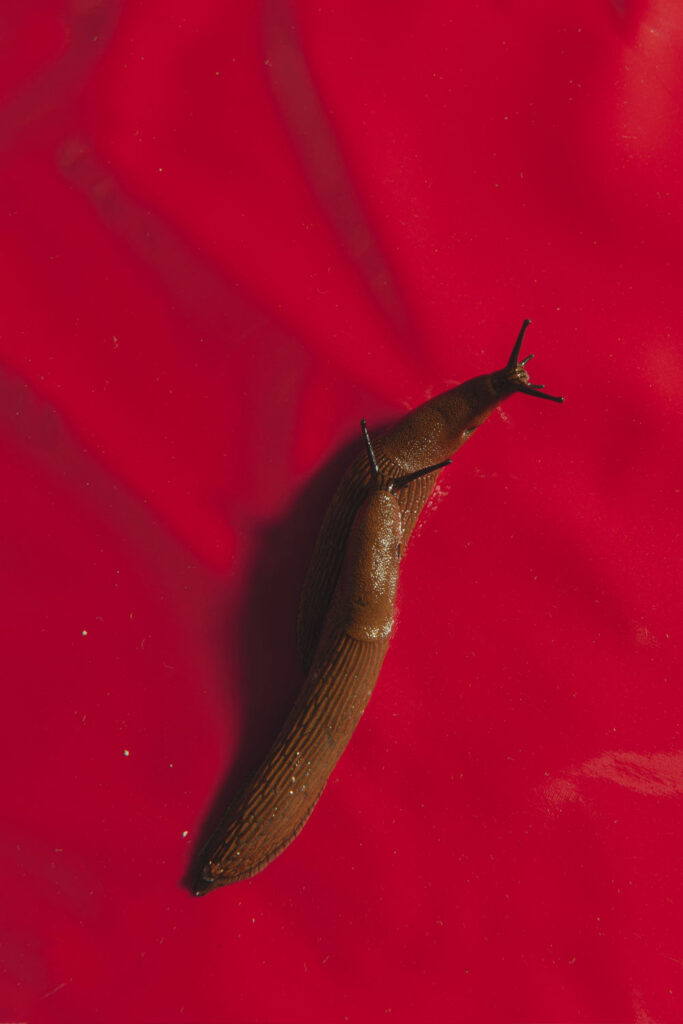 Our Festival Shuttle – Tram No. 8

How to get to the neues kino

How to get to the Festival Centre HUMBUG

Luststreifen wants to enable an active, enlightening exchange by means of workshops and screenings of international films on the subject of queer feminism. Gender and sexual orientation do not play a role here. We give filmmakers and creative people a platform to show themselves and their work to the world. Everyone is welcome to come and wipe the everyday dust off their or soul.

This year the Luststreifen Film Festival is already going into its 13th round, since 2018 as an independent association. This year’s festival is a little more exclusive than usual due to the Corona situation. Instead of a whole week of lust, there will be a weekend quickie from 3-4 October – save the date!

With 20 freelancers, from creative minds to administrative cracks, a colourful festival is put together with a lot of love and enthusiasm. We are inspired by the queer world, where being different is normal and love knows no boundaries. We would like to bring this barrier-free universe closer to you with the Luststreifen Film Festival. We are a team that creates an unforgettable festival experience for you every year. Hand in hand, we want to encourage you to rethink and together with you, we want to create more space for diversity.

The non-profit association Luststreifen Film Festival Basel dedicates itself to the cultural-political mission of promoting the queer-feminist film and cultural scene in Basel and Switzerland. The main goal of the association is to strengthen diversity and tolerance in society and through that foster acceptance and visibility of various lifestyles in society. The Luststreifen Film Festival association is a non-profit organisation and it is politically and denominationally neutral.

Advantages of your membership

Active members contribute to the organisation and the execution of the Festival. Even if you are not interested in actively participating within the organising team, your membership fee enables us to sustainably organise the film festival and achieve our association’s goals.

You will become part of a community interested in the arts, which uses the medium of film to promote diversity and openness both for individuals and the community. The association promotes young Swiss filmmakers and scriptwriters, since the festival has become an attractive platform through its call for submissions and networking meetings as well as awards for artists*. As a member, you will also receive information on all events, the programme booklet in advance and drink vouchers for the festival. Within the association, you will encounter a large community that actively encourages discussion and diversity and is characterised by a strong social bond. Corporate members and organisations also benefit from reduced sponsorship options. 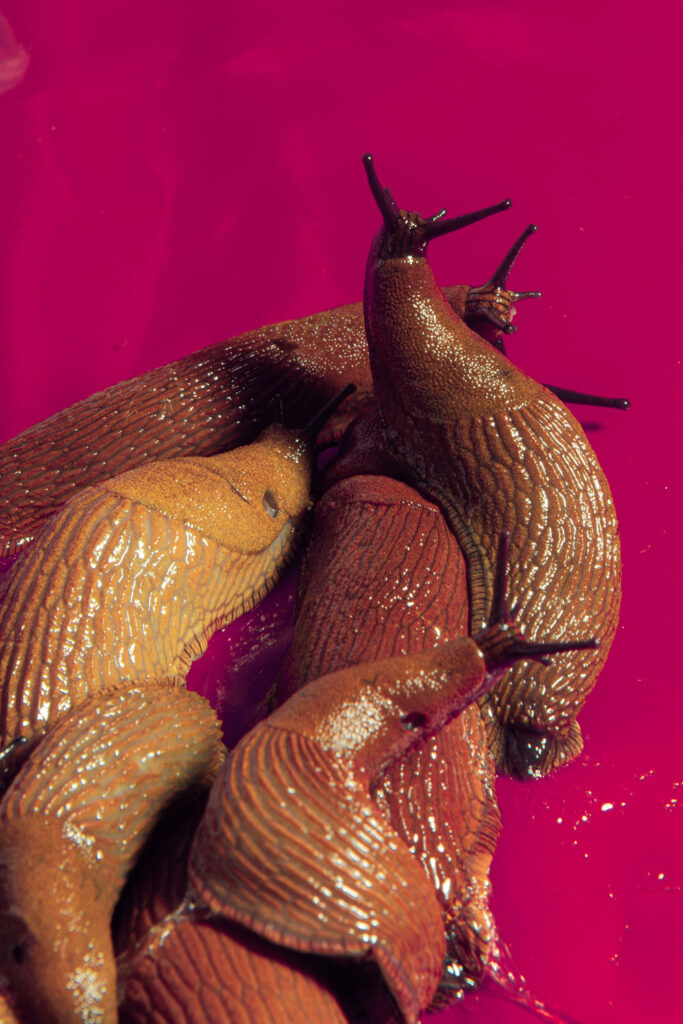 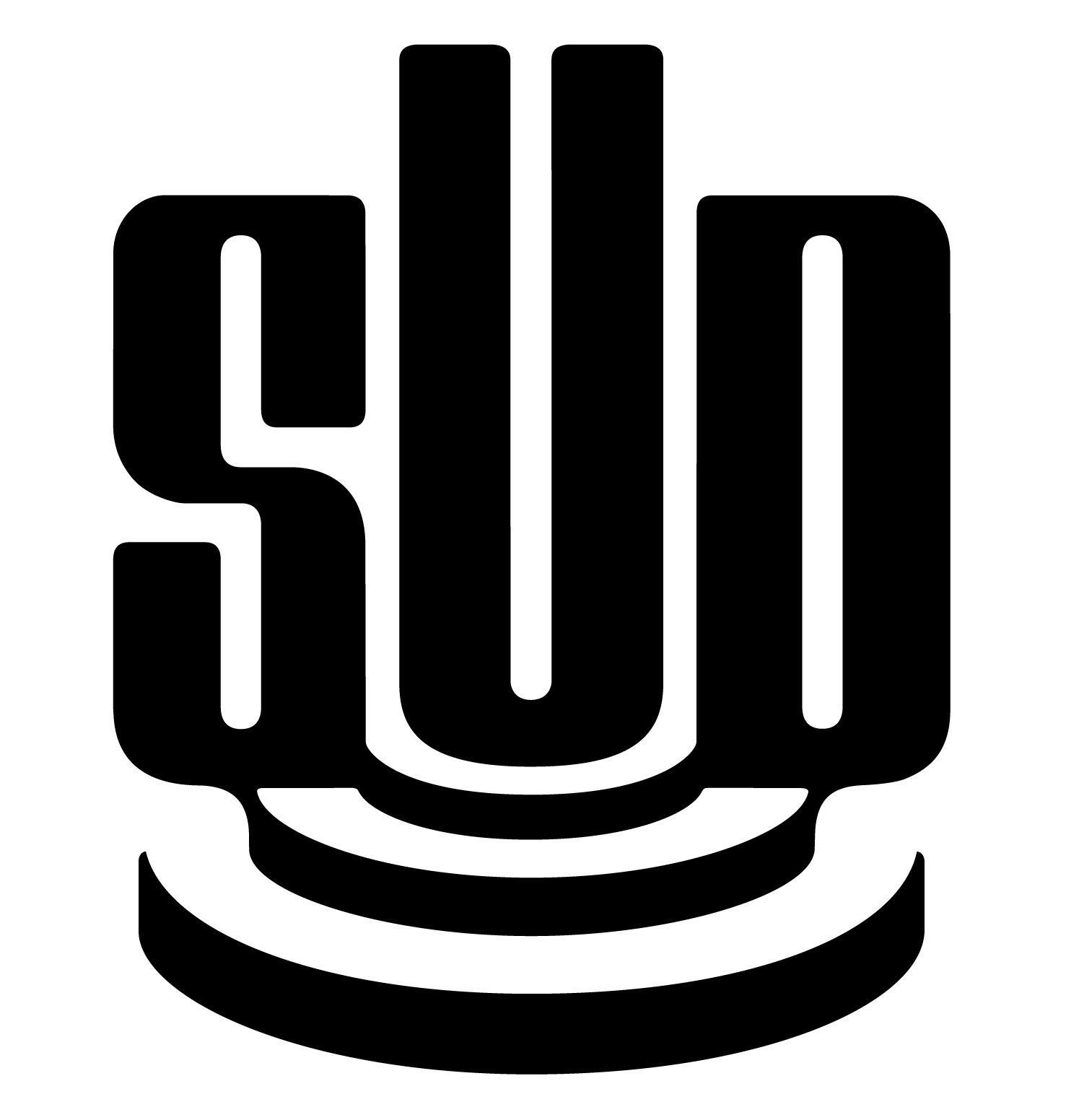 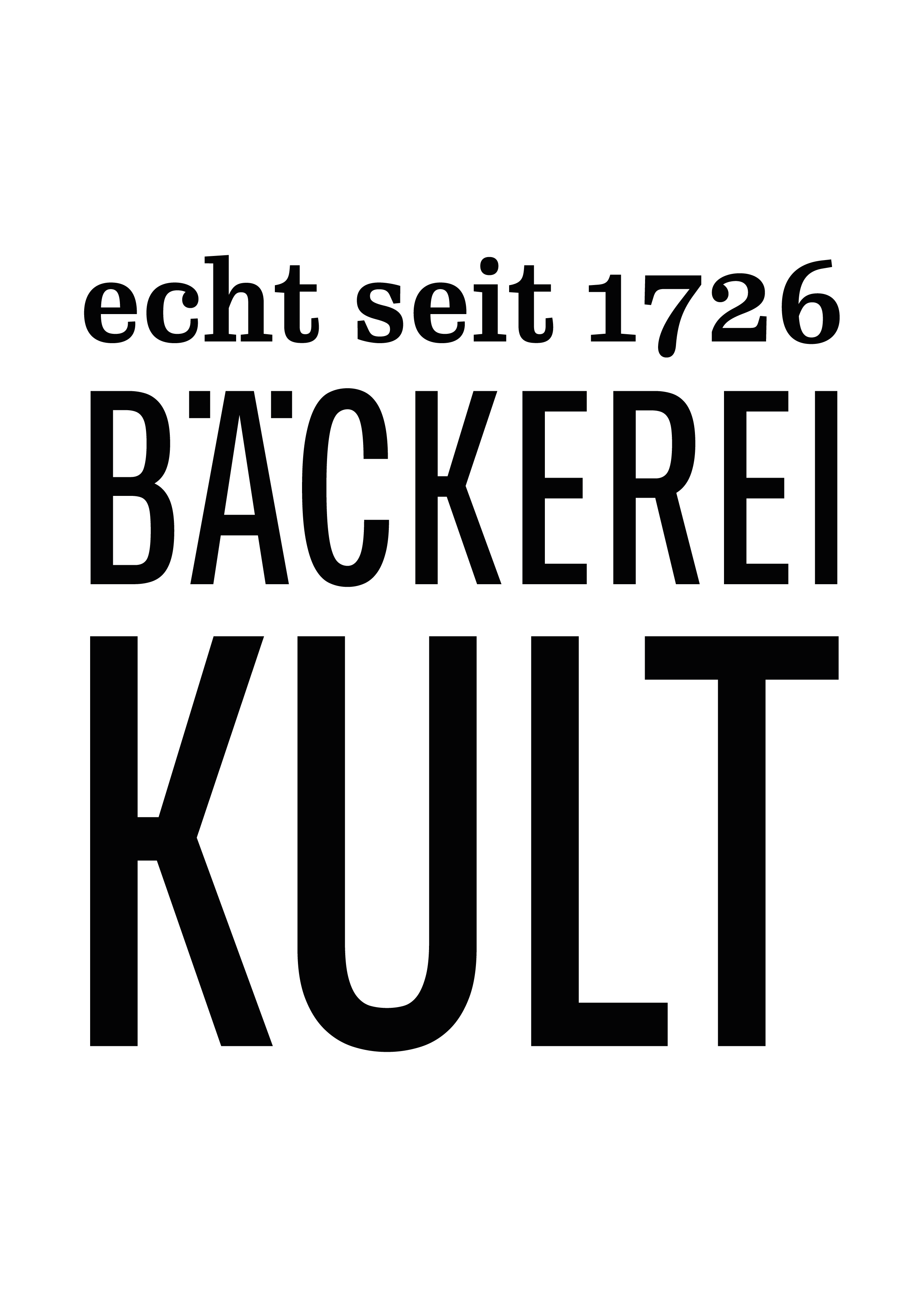 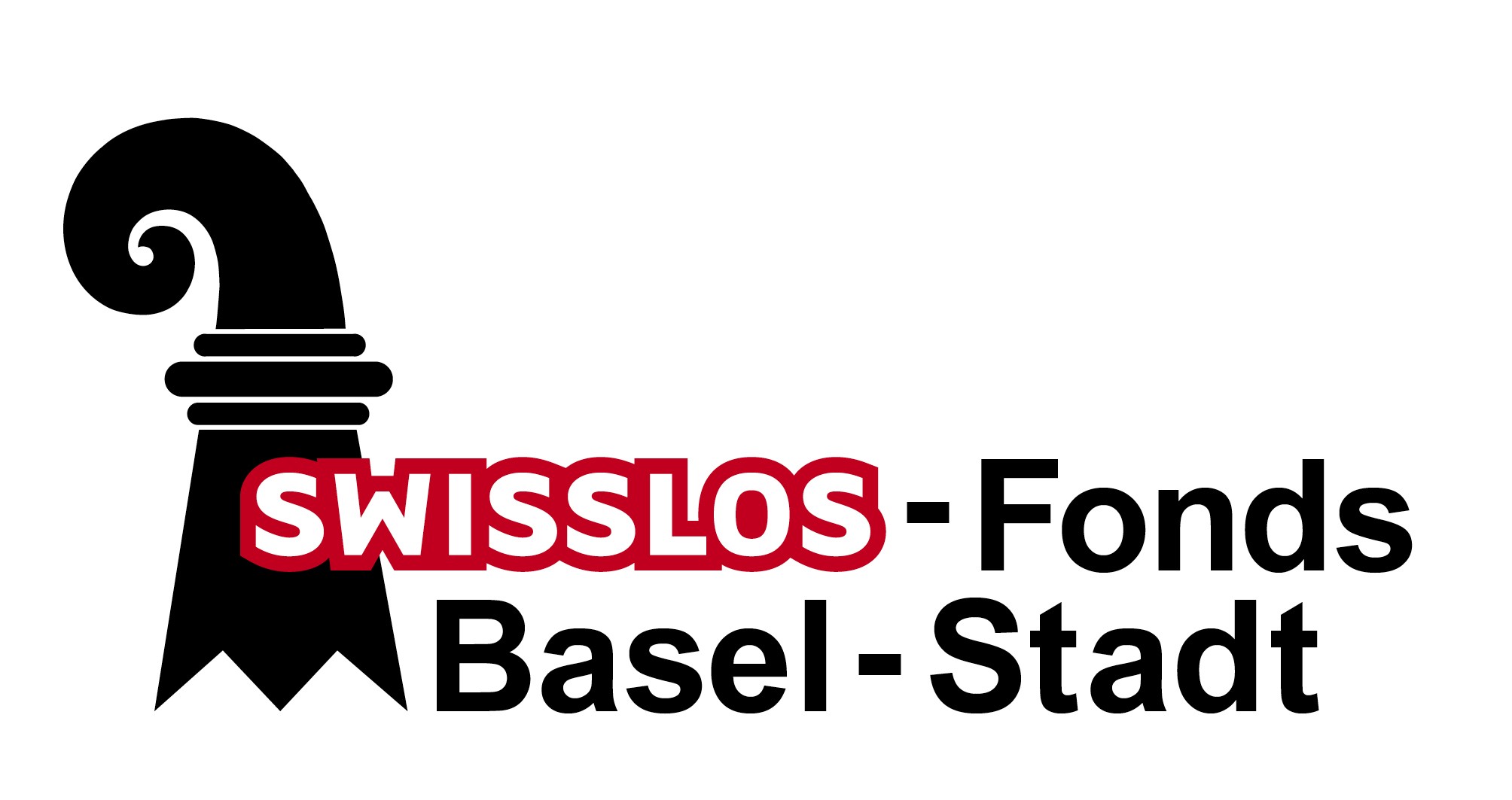 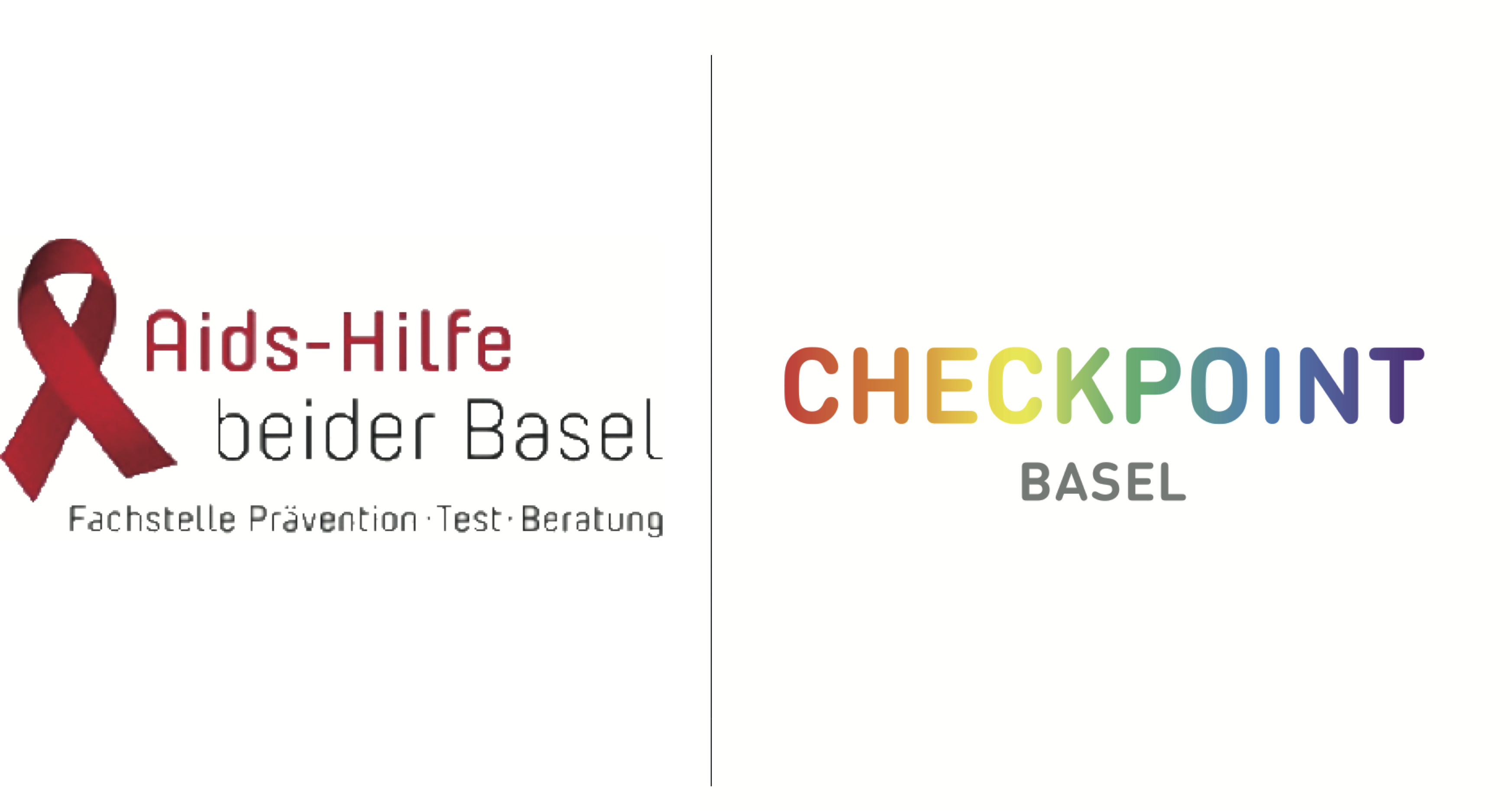 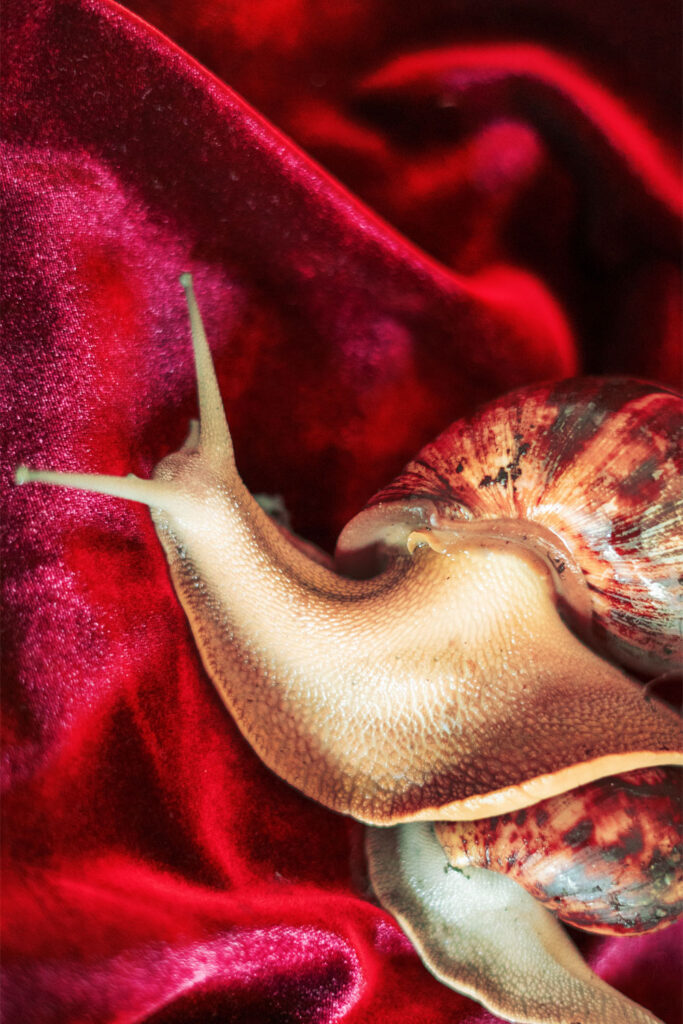 Due to the current situation, we cannot provide accreditations this year. We kindly ask media representatives and professionals to purchase their tickets for desired film screenings themselves. If necessary, screeners and film stills can be provided for festival coverage. The use of the screeners is only for the preview of the films for editorial reporting. Any misuse or reuse is prohibited.

Enquiries directed to the media team at: medien@luststreifen.com 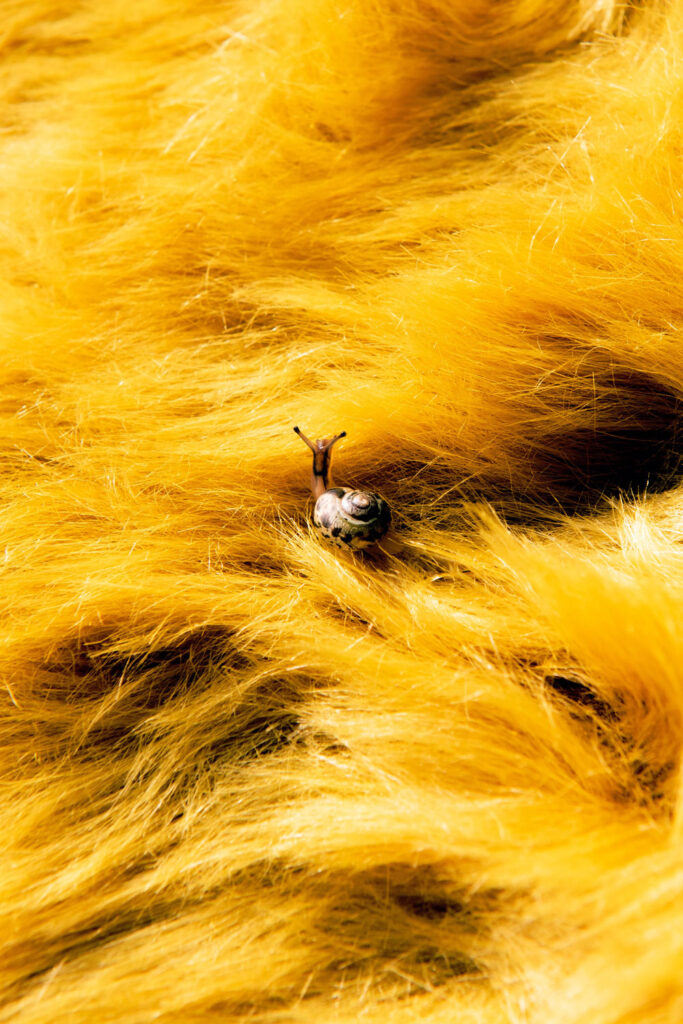